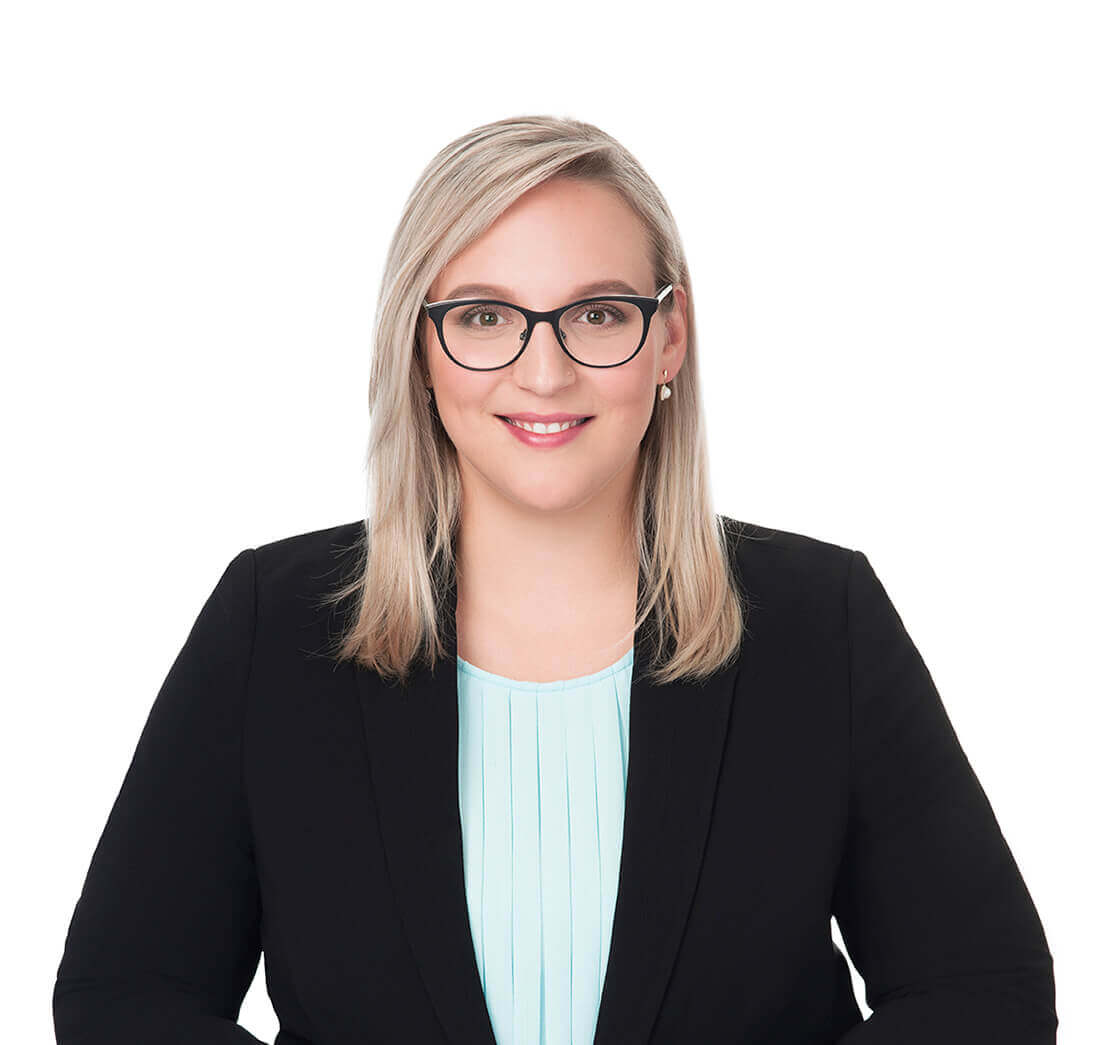 Originally from the Saguenay-Lac-Saint-Jean region, Me Kathy Tremblay was charmed by Abitibi-Témiscamingue. She started as an articling student at the Val-d’Or office after completing her law degree at the University of Ottawa. Admitted to the Quebec Bar in 2013, she then moved to Rouyn-Noranda where she practices mainly in family and personal law.

Me Tremblay has particular expertise in representing clients before the courts, where she is known for her ability to express herself. She frequently pleads before the Superior Court and the Court of Québec. Straightforward, rigorous, and compassionate, Me Tremblay always gives the client the right answer. Tenacious, but with a smile, she always conducts her cases with respect for her peers.

Me Tremblay is involved in the Rouyn-Noranda business community by sitting on various boards and committees. She is also involved in the legal community of Abitibi-Témiscamingue. Among the causes that are close to her heart is that of domestic violence, which she is often confronted with by the nature of her cases. Equality between men and women, animal welfare, and children's rights are also important to her.

Me Tremblay enjoys cooking, culture, shows, music, theatre, movies, TV series and reading. While she has an affection for animals, she has above all an unconditional love for her family. The motto “we have a good life”, Me Tremblay often repeats, reminds her that we deserve the life we have, when we work for it.